My husband got home late that night and I was waiting up for him, reading a book. I put it down and intercepted him as he came in.
“Hey honey, I have a problem. Remember how I told you that I was going to review that new book by that guy in my critique group, the one I haven’t seen?”
“Um hm.”
“Well, I had to put a disclaimer on it, so usually when you have to do that it’s better to give someone at most 4 stars or even 4 1/2 stars, so people don’t think you are a review padder. I thought that would not be a problem, since I hardly ever give 5 stars to any book, and this is his first novel…and then I started reading it, and I knew I was in trouble.”
He turned around and focused his eyes on me. “It’s that good?”
“It’s that good.”

He didn’t get to sleep any time soon. I insisted on regaling him with a scene from the book involving the hero David and an alien cultural battle of wits in an ice cafe, because it had made me laugh out loud. I also wanted him to know about the courageous but pint size alien warrior Dai-Soln, who I started referring to as “Reepicheep”. He finally got to sleep, but not before agreeing to at least check out the ebook in our collection.

I insisted on regaling (my husband) with a scene from the book involving…an alien cultural battle of wits in an ice cafe, because it made me laugh out loud.

David Asbury is in trouble. He agreed to study diplomacy at the alien university Shel Matkei so he could study his real passion: alien languages. He wants to study them intellectually- using them, though, is a whole different matter. David’s life events have left him traumatized and he much prefers books to dealing with beings. Reckoning time comes, though, and David must choose to use his gift for languages in a practical setting or lose his scholarship, and the resulting events transform him into someone he never knew he could be.

David has never thought of himself as a religious person. Religion wasn’t encouraged in his orphanage, but when he reaches the simulated world of Green Pod, he meets T’kal, an alien whose parents are the ambassadors to Earth. T’kal befriends David, and through him, David starts to see what it means to have faith. When David endures traumatizing situations yet again, he learns that though the enemy without may be fierce, the enemy within must be conquered at any cost.

When David endures traumatizing situations yet again, he learns that though the enemy without may be fierce, the enemy within must be conquered at any cost.

I counted at least six or seven alien languages and cultures invented from scratch. Strange characters abound, including a female warrior from matriarchal world with submissive males, a hulking mahogany intellectual with a hair trigger temper, a  gamma gender hoofed octopus referred to as “hii”, a three winged butterfly, and a talking rock who communicates though color patterns. The closest parallels I can find to this are Star Trek and Ender’s Game. 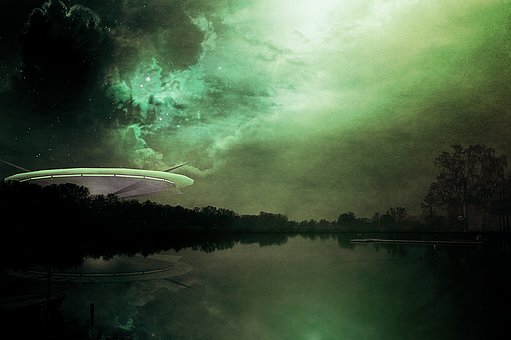 The novel isn’t perfect, to be sure. There were a few times when the plot dragged a little, and the few times when the description went on a little too long, but for a first novel the quality was impressive. The virtues of the book more than made up for these small errors.

I laughed, and I cried. I will probably read it again just for the emotional high. I loved it, and I think you will too. I’m going to go immerse myself in chapter 5 of the sequel, because I have the critique group copy…and the rest of you will just have to wait. In the meantime, this is a great gift for any of the adult or teen guys in your life.

Heat:  Almost none. Once in the entire book, a woman is referred to as “sexy”. There is no romance storyline.

Profanity: No words that we would recognize. Some characters do swear, but only in alien languages.

Violence: Some violence does occur, but most of it occurs off-camera.

Age recommendation: Thirteen and up, due to some violence. The protagonist is in college, but the book is clean enough for teens.

Disclaimer: A. Walker Scott is a member of a critique group that I participate in. I have seen early versions of the sequel to this book, but had not seen No Road prior to this review.

Win All Three of Lauren Salisbury’s E-books by Subscribing to Our...

A Response To The Closing of Lifeway Stores